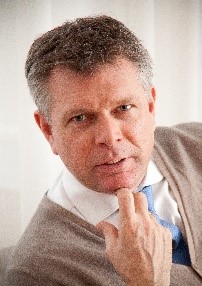 A veteran Casino Operator, Adviser, Marketing Expert and Edutainer with over 30 years of experience in Operating Casinos, Advising Casino Operators, developing TQM systems for Casinos, planning and pre-opening Casinos, Training Casino Management and Government Employees and advising R&D departments of Casino Suppliers.  All this on all the continents of the globe, with exception of Australia.

Lucien Wijsman is and has been a guest lecturer for the likes of the University of Reno, Nevada (UNR) and the Sigmund Freud University, Vienna, Austria; to mention just a few. In addition, Wijsman has been a speaker at various international Gaming Exhibitions in Europe, United States, Asia and South America.

Through ‘The Slot Academy’ (see www.totallygamingacademy.com ), part of The Totally Gaming Academy, a company he founded and subsequently sold to Clarion Events (but where he is still involved as a trainer), hundreds of Casino Managers, R&D managers, Government Employees and sales representatives have been familiarized with marketing principles for Casino and VLT  Operations. In house training for leading operators have been and are being executed. ‘It’s all about marketing’ the acclaimed course Wijsman executes is accredited by the University of Reno (Nevada). The course has been executed in ‘in-house’ and ‘open’ formats in a number of Latin American Countries, the USA and Canada, Russia, a number of African Countries, all European countries (with the exception of Portugal) and a number of Asian Countries (where PAGCOR, the Philippine Amusement and Gaming Corporation had its top management trained by Wijsman)

After having worked in Slot Operations for Holland Casinos for 12.5 years in various positions (from Slot attendant, Slot Shift manager, Slot Manager and finally Assistant to the General Manager Slot Operations responsible for Training and TQM), Wijsman went international with the German Gauselmann Group in the position of COO for startup casinos in Greece, Slovenia, Turkish Cyprus and Hungary. After 2.5 years Wijsman became an independent advisor and directly advised / managed Casinos in the Baltic States, Greece, Romania, Hungary, Baltic States, Morocco and Uganda. Between 2005 and 2007 Wijsman was General Manager of Slot Operations of the Golden Palace Group in Moscow, Russia (4 casinos with a combined number of 1.000 slot machines).

After his return from Russia Wijsman continued advising and/or training various casino and VLT operations in Europe and –later- also South America, Africa, Asia and Canada.

Lucien has been involved in VLT operations in Italy, where he subsequently advised B-plus, HBG and Lottomatica. He also lectured for OPAP in Greece on the field of Operating VLT machines.

Last but not least, Lucien has been involved in assisting with the gaming floor layouts and selection of Gaming Equipment for a number of Casinos designed by renowned Architects Steelman and Partners. Casino Gran Via in Madrid, Casino Sochi in Russia and Corona Casino in Phu Quoc, Vietnam are amongst those.

Lucien is also the owner of a company called Casino Operations Summit (see www.CasinoOperationsSummit.net), which will organize its inaugural Casino Conference in May 2022.

With over 1.500 endorsements on LinkedIn, Lucien is regarded a professional on the field of -electronic- Casino Gaming.

Following is the list of clients Lucien’s company FleXpeQt Quality Solutions has advised since being founded in 1999: